Overweight and obesity are issues of major socioeconomic importance throughout the world. The connection between a high body mass index and diseases of the cardiovascular system has been proven. Obesity is one of the risk factors most important for the development of type 2 diabetes mellitus, hormonal imbalance, reproductive disorders, and malignant neoplasms. The incidence of overweight children is growing, and with age it is becoming increasingly difficult to reduce it. 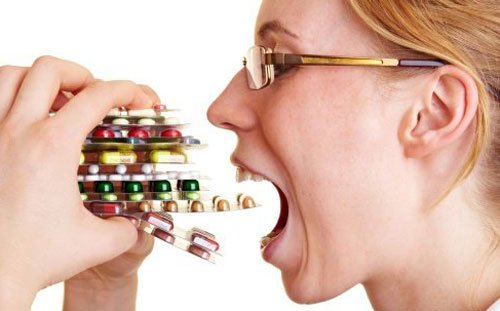 Obesity. Increased body weight is most often associated with excessive food intake and significantly reduced motor activity. Modern everyday life creates a number of prerequisites for increasing kilograms. The consumption of foods rich in fat, excessive consumption of fried foods and carbonated drinks, the bad habit of "eating in front of the TV", combined with all possible excuses for exercising are the main predisposing factors for the development of excess weight.

The main means used in the fight against extra pounds are the so-called appetite suppressing drugs, which are mainly used in patients with a body mass index above 30 and obesity of the first, second or even third degree. They are drugs of various pharmacological groups that activate the center of saturation located in the ventromedial nucleus of the hypothalamus.

Appetite suppressants cause feelings of fullness to varying degrees. Reducing energy consumption, combined with an appropriate physical regimen, leads to significant weight loss in selected patients. The approach for obese individuals is individual, and therapy is prescribed for each patient after a thorough physical examination, questioning by a physician, and time analysis.

The main means of suppressing appetite include the following three large groups of relevant representatives of drug groups:

Fenfluramine and dexfenluramine stimulate the release of serotonin and inhibit its reuptake, thereby increasing the feeling of satiety. These drugs have been banned since 1997, since their use is associated with an increased risk of severe cardiovascular complications, such as damage to heart valves, pulmonary hypertension.

Sibutramine blocks the reuptake of norepinephrine and, to a lower degree, serotonin and dopamine. It increases the feeling of satiety and increases the overall metabolism of the body, finding application in the treatment of diabetes mellitus associated with obesity, as well as dyslipidemia.

It is not recommended to use it in patients with heart failure, ischemic heart disease, arrhythmia, arterial hypertension, liver failure, glaucoma. Often leads to severe side effects such as tachycardia, constipation, headache, nausea, insomnia, dizziness, change in taste.

Due to the risk of developing serious cardiovascular complications, such as myocardial infarction and stroke, the use of sibutramine-containing drugs has been discontinued since 2010.

Orlistat is a reversible inhibitor of gastric and pancreatic lipase, suppressing up to a third of the food intake. After lipase inactivation, fats taken with food cannot be hydrolyzed and, accordingly, are not digested by the body. Good results are achieved by combining the intake of the drug with a hypocaloric diet and appropriate physical activity.

Orlistat leads to a number of unpleasant side effects such as flatulence, frequent bowel movements, fecal incontinence, oily stools, spotting of underwear, headache. Reduces the resorption of fat-soluble vitamins (A, D, E, K) and, with prolonged use, can cause hypovitaminosis and associated complications. Orlistat is contraindicated in patients who are allergic to the main substance, with cholestasis, malabsorption syndrome, as well as during lactation.

Rimonabant has an anorexigenic effect, which is realized by binding to cannabinoid receptors KB1. Its use is associated with an increased risk of depression, suicidal thoughts and actions, so the drug has been banned since 2009.

The use of drugs to reduce appetite hides the risk of developing various pronounced side effects, while the desired result is not always achieved.

Too strict diets, fasting and grueling workouts are not recommended, a balanced regimen is needed. You can start with small changes such as avoiding sodas, sweets, snacks, pasta, and increasing your intake of fruits and vegetables and teas.

If the gym does not tolerate you, then you can take long walks in the park or ride a bicycle. Swimming is especially suitable for patients with severe obesity, as it does not unnecessarily burden your cardiovascular system.

In some patients, a good effect is achieved through the use of natural products to suppress appetite, for example:

It is recommended to consume a sufficient amount of water, since very often patients confuse thirst with hunger and take in extra calories. In addition, you can find many nutritional supplements in the pharmacy chain that stimulate fat burning. Such, for example, preparations containing amino acids, L-carnitine, L-tyrosine, extract from the fruits of the plant Garcinia cambogia, canna extract (skeletium), conjugated linoleic acid and others. Their use is necessarily combined with appropriate physical activity, otherwise there is no visible effect. The most popular weight loss drugs are Personal Slim и Bentolit.

The use of appetite-suppressing drugs must first be consulted with a doctor in order to establish a therapeutic regimen suitable for a particular patient.