Degenerative changes in the joints, gradually leading to its destruction and loss of mobility, occur under the influence of hereditary pathologies, acquired ailments and under the influence of external factors. A large group of pathologies of different joints, which have a different origin, but are similar in development methods, have a scientific name - arthrosis. Depending on the neglect of the disease, four stages are distinguished, which have their own signs of arthrosis.

The mechanism of development of arthritic pathologies

The impetus for the start of the pathological process is blood flow disorders. The capillaries, which are located in the subchondral layer of the periosteum and are designed to provide cartilage nutrition together with the articular fluid, do not fully fulfill their function. Limited intake of nutrients provokes dystrophic changes in cartilage.

Thus, there is an age-related deformity of the joints associated with the physiological aging of the body. Arthrosis, which have post-traumatic, post-infectious, metabolic and intoxication origins, develop differently under the influence of other factors, but the results of cartilage destruction and joint damage are similar in all cases.

Symptoms of the initial stage of arthrosis 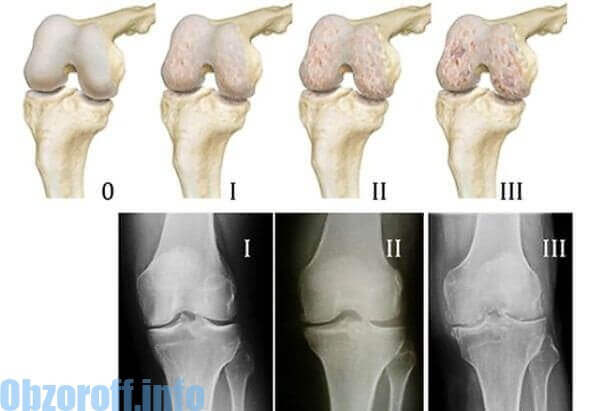 At the onset of the disease, there are no pronounced symptoms. Patients observe deviations in the form of:

X-ray images do not show significant deviations, except for minor narrowing of the joint space, barely noticeable osteophytes along the edge of the joint. Treatment of a disease that has symptoms of the initial stage of arthrosis consists in taking chondroprotectors and vitamin complexes to restore nutrition and cartilage structure. Much attention in the treatment and prevention of exacerbations is paid to remedial gymnastics, proper nutrition.

Signs of the second stage of arthrosis

The development of the disease leads to the appearance of significant, acute pain, which requires immediate treatment, and has severe symptoms, manifested:

X-rays show the appearance of significant osteophytes, a decrease in joint spaces by more than half, sclerotic changes in the bone, the formation of cystic cavities. Treatment is aimed at reducing pain, eliminating inflammatory processes, improving the condition of cartilage tissue, slowing down degenerative processes.

Symptoms of the third stage

In the third stage, competent constant treatment of the disease is required, since it relates to a severe version of arthrosis and is manifested:

The pictures show changes expressed by the complete disappearance of the joint spaces, multiple osteophytes, and surface deformation. Destruction within the articular parts, abrasion of the cartilage, manifestations of sclerosis are observed.

Patients experience pain when walking, especially when climbing stairs, lose their ability to self-care, become dependent on weather conditions. The crunch accompanies every movement and is even heard by others. Treatment of the acute period is aimed at relieving pain and inflammation, for which NSAIDs, analgesics are used. Further treatment includes, as far as possible, restoration of working capacity, improvement of blood flow and metabolism.

Manifestations of the fourth stage of arthrosis

The final destruction of the joints is seen at the last stage of arthrosis. The main symptoms of the disease are expressed in the form:

The fourth stage of arthrosis clearly implies a patient’s disability, the treatment involves replacing the joint with an artificial endoprosthesis. Modern methods of prosthetics and proper treatment help patients regain motor abilities and get rid of excruciating pains. 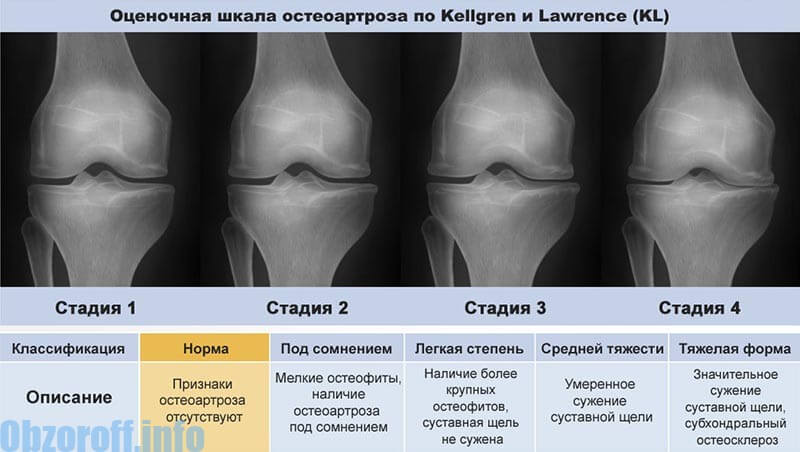 Rarely, arthrosis has a rapid development. The disease progresses in most cases quite gradually. Therefore, having discovered the first signs of such a serious disease, you should not attribute them to fatigue, but you should hurry to an experienced doctor. At the initial stages, it is possible not only to slow down the further development of pathology, but also to completely restore the functional capabilities of the joints with a gel Artrovexwhich helps eliminate inflammation in the joints.