Schizophrenia is a chronic mental disorder that begins at an early age and often has an unfavorable outcome. The most characteristic symptoms of schizophrenia: patients hear loud voices, see hallucinations, they have delusional ideas, emotions begin to control thoughts, thinking disorders occur, lack of will and apathy is manifested. The patient may feel that someone instantly knows what he is thinking about, thoughts in his brain seem to be reflected in a loud echo, it seems to him that he sends them telepathically to other people.

The classic symptoms are hallucinations and delusions. The most common are auditory hallucinations, which the patient hears as voices, or sound signals or music. They can be quiet or loud, one or more voices, male or female. Often voices comment on everything that the patient does or thinks about, showing imperious and threatening intonation. This is very dangerous because it can motivate the patient to commit suicide or other aggressive actions.

Delirium with schizophrenia is diverse and often associated with the patient’s culture environment. The most frequent persecution mania is when the patient is sure that he is constantly being watched, it seems to him that he was informed in the media that unknown people on the street exchange signals when they see him, or laugh behind him.

The first signs of schizophrenia are also reflected in speech, which becomes unregulated, empty, depleted in vocabulary; often using new words, or continuously repeating the same words / syllables. Sometimes the speech becomes so disorganized that you do not understand this verbal salad, which explains your interlocutor.

Those who suffer from schizophrenia also show a change in behavior. Patients often ignore everyday activities such as hygiene and cooking. They have an untidy appearance and wear unusual clothes. For example, on a hot summer day, they put on a coat, jackets, gloves or an unusually sewn dress. It is also worth noting the extraordinary actions of patients in public places: urination in sight, or loud screams at passers-by. They do not have many friends, there is no need for friendly communication, nor do they suffer at all from a feeling of loneliness. In patients with schizophrenia, emotional responses are often inadequate. This may be expressed by inappropriate laughing at sad stories or events, or laughing for no reason. Loss of intensity of emotional reaction to various events may occur. 60 percent of schizophrenic patients may also experience symptoms of depression. Their families often complain that the patient is lazy, but in fact he has a loss of basic motivation and ability to develop and implement plans.

In schizophrenia, there are no specific tests, because the diagnosis is based on medical history and clinical data, as well as on the stories of relatives. The symptoms mentioned above should last at least one month of diagnosis. The main differential diagnosis is made when schizophrenia is separated from other mental disorders. Usually, to make an accurate diagnosis, a physical and neurological examination is done, weight, body mass index are measured, laboratory parameters and ECG are studied. A brain scan (CT, MRI, and EEG) is performed. The damage from substance abuse and alcohol is assessed. Current stress factors are being studied. 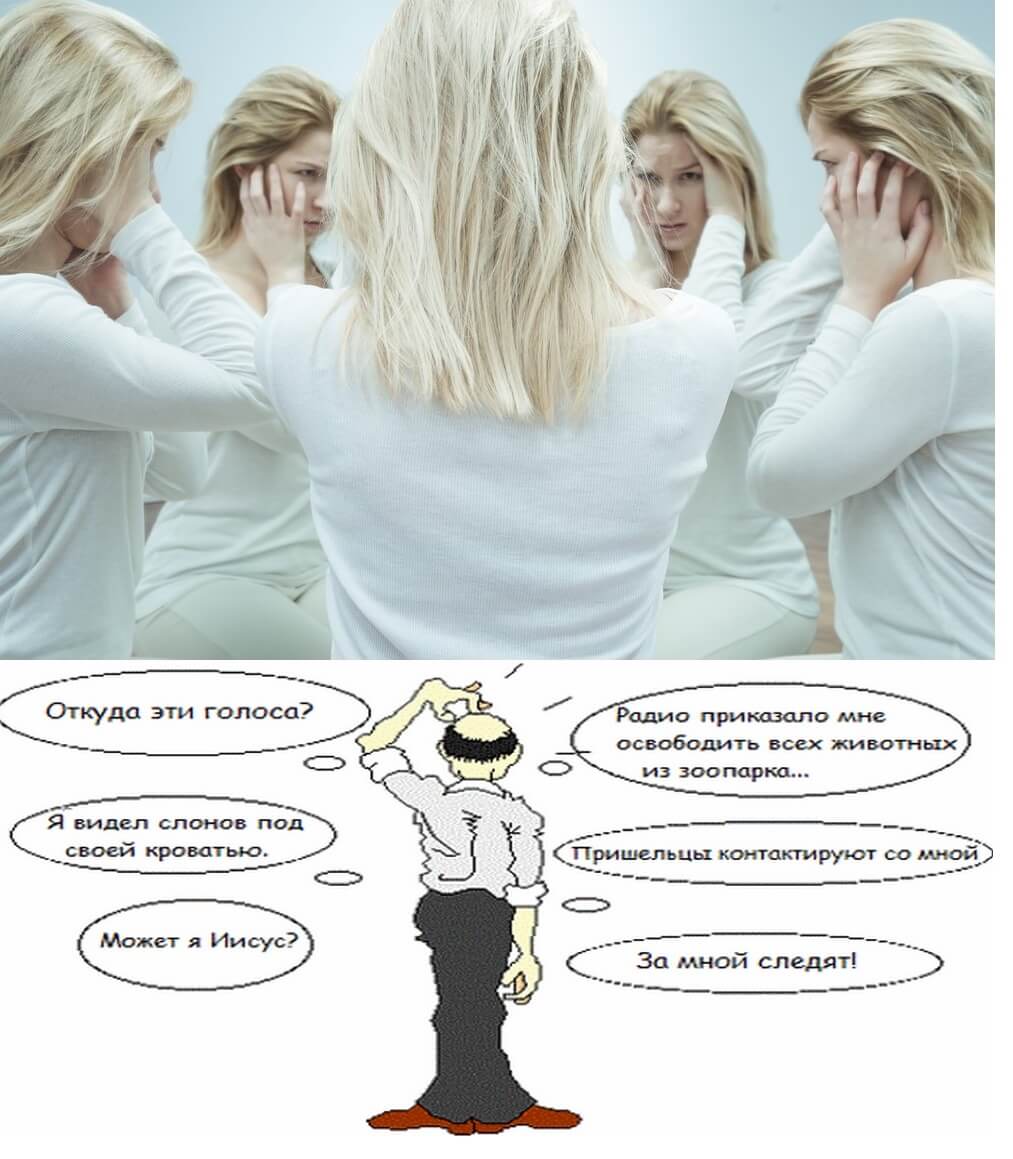 Symptoms and signs may occur before the prodromal phase, which usually means the onset of schizophrenia. Typically, patients at this stage are passive, introverted, have few friends, spend days watching TV, avoid social contact, which may indicate obsessive-compulsive symptoms. Some complain of somatic problems, such as headaches, back pain, digestive problems. The prodromal phase of schizophrenia usually means the onset, they begin to change in the direction of worsening the disease.