If the fungus has developed and causes complications, then the treatment of this problem should be carried out under the strict supervision of a specialist. It is important to carry out a full course of treatment, since if the infection is not completely eradicated, there is a high probability of a re-emergence of the disease, and in a more severe form.

Strong immunity can fight off infection and stimulate a speedy recovery. Ineffective treatment or neglect of the disease leads to the fact that toenail fungus develops and forms an advanced form of the disease, which is difficult to treat with conventional means. Possible causes of the disease can be:

As you can see, the entire body begins to suffer from the neglected form of mycosis, therefore it is extremely important to take timely measures to treat this ailment, since mycosis is an infectious disease, everyone who surrounds the patient should be engaged in the prevention of mycosis.

If the disease has taken a neglected form, then the treatment should be comprehensive. Only in this case will it bring the proper result. It is important to remember that only an experienced doctor can prescribe treatment by removing a scraping from an infected area of ​​the body. He will be able to determine exactly which fungi caused the disease and will make a competent course of treatment. 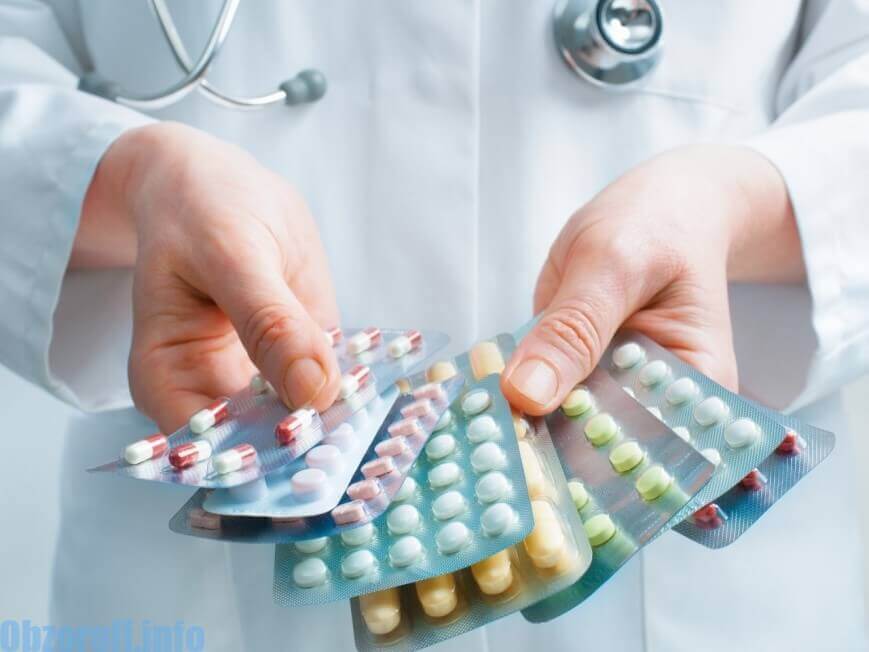 As a rule, in the treatment of mycosis, it is mandatory to take antimycotic drugs that are dispensed without a prescription, such as Fluconazole, Flucostat, Lamisil, Diflucan, Terbizil, etc. Each product has instructions for use:

It is important to combine tablets with topical agents. These are a variety of ointments, creams and sprays, such as Terbix, Nizoral, Mitsinorm, Lamisil, etc. Often, disposable pedicure tools are included with these drugs.

If the treatment was carried out correctly and the course was completed completely, then the infection should disappear, and the affected tissue will recover to its previous state.

Alternative medicine should be used exclusively with the advice of the attending physician, otherwise, the disease can be aggravated. Here are the most effective folk remedies for this ailment:

Try to apply 20% alcohol tincture of propolis to the affected areas. Propolis will help damaged tissues recover and effectively eliminate the infection. You can do compresses of kombucha gruel on affected areas with a frequency of 2 times a day. This method is especially effective in combination with potassium permanganate baths. After baths, you should wrap cotton swabs moistened with tincture of tea mushroom with bandages and leave them overnight. In the morning you need to wash your legs and anoint iodine with the affected nails. The duration of treatment varies from a week to 1 months, depending on the results. Collect ashes from three cigarettes and mix with fluoride toothpaste. Before going to bed, apply this ointment to the affected nail and wrap it with cellophane. Rinse thoroughly in the morning. Prepare a homemade ointment to treat fungus and other foot diseases. The recipe is simple: mix 200 grams of butter with a raw egg (instead of a shell) and 100 gr. 70% -acetic acid.

The resulting mixture is sent to a cold place for 7 days. Once the shell has dissolved, the mixture must be thoroughly mixed. The resulting ointment is applied to the affected areas of the nail. Good help against mycosis tincture of a golden mustache. 50 joints of the golden mustache are poured with 0, 5 vodka and left in a cool place for 2 weeks. The resulting product is applied 2 once a day to damaged parts of the body. In order to reduce the itching that appears with a fungus, you can apply a mixture of 15 grams of tincture and 100 grams of honey. Air has good antimycotic properties. Pour 15 grams of calamus 100 grams of boiling water and leave for half an hour. Then take 1 / 4 glasses of 4 once a day. The effectiveness of such a treatment can be improved by combining with baths from calamus root. 30 grams of herb infuse in 100 grams of boiling water for half an hour. Then we pour the tincture into a basin and immerse the nails infected with the fungus.

After a week, the nail will begin to tear off (you can speed up the healing process with antimycotic ointments). After 1, 5 months, a new one will appear on the site of the affected nail. The following herbal mixture is good against nail fungus: 15 gr. celandine, 30 gr. Lilac, 45 gr. oak bark and 30 gr. calendula Pour it all 0, 5 water and boil. After which we leave the mixture to infuse for an hour. We make compresses from the obtained tincture until the nail is completely cured.

Adamour to eliminate impotence (capsules for men with a weak erection)

BiOculist for vision and eye health